By Via Justine De Fant

The first time I came into contact with a bee, I was four, naive, and playing with flowers in the backyard with my dad. Imagine my surprise when, upon picking up a wildflower, I felt a sharp sting on my arm and noticed nothing except for the gangly petals and yellow center of the flower I held in my hand. Completely distraught I ran to my father and cried, “Daddy, the flower bit me.” Of course, I was too young to understand that flowers didn’t possess that capability and I promised myself never to trust another pretty thing again. Now, that mentality lasted up until first grade, but that’s an entirely different article.

The second time I came into contact with bees, I was in the second grade, a little less naive, and playing a game of tag with my friends. All seemed to be going well until I ran smack dab into a bee hive and received not just one, but two stings. With my dad unavailable to guide me and through the prompting of my all too eager classmates, I peed on my arm to relieve the pain of the sting not realizing that the school nurse had a better method awaiting me. Thus, grew my disdain for these small critters for being responsible for the humiliation I still cringe from to this day.

Fast forward to middle school when I first watched Bee Movie with Jerry Seinfeld, where a human and a bee fall in love. I won’t pain you with the details, but suffice it to say that it did not aid my perception of these insects in the least. The release of this movie, coupled with the fact that my father is deathly allergic to bees worked to solidify my distaste for them. Or so I thought.

It goes without saying that my appreciation for these small creatures is one recently formed. It wasn’t until I took a class in environmental philosophy and learned more about climate change and Colony Collapse Disorder that I realized the severity of the effects of their impending extinction. Delving more into this issue, I gained insight into our busy friends and found that my dislike for them was unjustified.

For one, bees truly are magnificent creatures. We swat at them when they buzz by or run in the other direction when they come towards us, but remain completely unaware of how much these coin-sized creatures contribute to our everyday lives. Not only are they responsible for 80% of pollination that goes down, but also nearly ⅓ of our diet consists of produce that bees pollinate– this includes food such as almonds, strawberries, mangoes, apples, and a plethora of other produce. In fact, they are the only insects that create food that humans can eat. One in every 3 bites of our diet is possible because of bees.

More than that, they are hardworking and highly intelligent. Worker bees are disciplined and highly organized. They are constantly at work transferring pollen and seeds from one plant to another. This aids in reproduction and cross-pollination, which creates diversity within plant life. Which, as we didn’t learn from Hitler, is essential for survival of all species. Furthermore, bees are known to recognize human faces and are natural born architects. In fact, Thomas Hales, an American mathematician, proved that the geometry of honeycombs is the most beneficial shape that they could have created. The hexagonal shape of a honeycomb allows for the most storage of honey with the least amount of wax needed to create the structure. In addition to this, when bees find that their hives to be insufficient to their growing colonies, each working bee swarms and searches for a new place to stay. Despite these creatures seeming to be a monarchy, they practice democracy within their community by voting on whether or not they find their potential new home to be sufficient to the current population.

By now, I’m sure you get it. Bees are freaking cool. But big deal, right? Why should you care? Let’s delve into the science of it all.

Some might assume that the extinction of bees would hardly cause a dent in our everyday lives. How can such a tiny creature create such a cataclysmic change? But in actuality, the absence of them would not only directly affect our environment, but also create a domino effect that would lead to numerous negative impacts. They account for the pollination of nearly a quarter of a million plant species. Because of this, plants rely on them to help them reproduce and through that feed the livestock we rely on for meat. Without them, we would be seeing a lot less bacon and steak in our menus. Worse than that, imagine a world without honey. With their demise comes the end of organic honey that has been shown to yield many health benefits.

In addition to this, our economy would take a hit. If there were fewer bees, natural tasks such as cross-pollination would have to be done by hand which is an arduous and cost-consuming process. Bees are responsible for the production of at least 80% of the world’s fruits and vegetables and they account for around 200 billion dollars worth of agriculture revenue.

Their extinction would entail a rise in cost for fruits, vegetables, and produce overall. Although the impact might not seem as severe at first, over time that money will accumulate. This would mean less money to spend on things like your tuition and Beyoncé tickets.

If that’s not enough for you, wait till I tell you about this next horror: no coffee. Because bees are responsible for pollinating the seeds we grind for coffee, also known as coffea arabica, without them you would no longer be able to buy your favorite overpriced Starbucks drink and you’d have to deal with people who need their Matcha Latte double whipped cream two shots of espresso in order to be pleasant during the day.

You might be thinking, “Well, what if I’m not particularly fond of coffee anyways?” To which I ask you, “Are you a fan of comfortable clothing?” In the United States, cotton is the largest cash crop and one of the most affordable fabrics we wear. Just like coffee, it requires the aid of bees to help them grow and reproduce. That would mean a significant lack of production for clothing, mattresses, and every day household goods such as paper towels and tissue paper.

So how can we fix this and keep all the benefits that follow our tiny, buzzing friends?

First we must consider why they are dropping in numbers. For the past decade, beekeepers have noticed a sharp decline in the bee population. This is more commonly known as the Colony Collapse Disorder, which occurs when the amount of worker bees decrease leaving the queen and budding bee babies alone to a only a few nursing bees. There have been many theories to explain how this phenomenon came about, but the main reasons point to issues with pesticides, global warming– or as Donald Trump fondly calls it– a myth, and habitat loss.

Large industries rely on the rapid growth of crops regardless of whether or not it is their season. Because of this, they use harmful agents such as neonicotinoids on many plants that bees pollinate. When the chemicals found in these pesticides interact with our tiny friends, their central nervous systems are attacked. Furthermore, when the bees transfer the nectar they gathered from these infected plants back to their hives, the entire colony is at risk.

As with climate change, the balance between bees and various plant lives is thrown off by affecting the timing in which bees pollinate to the times during the year when plants bloom. For example, if climate change causes flowers to grow during the cold seasons, bees would not be able to sustain the harsh weather causing a decrease in pollination. The rising temperatures due to global warming are creating a drastic effect on both plants and pollinating insects, disrupting the harmony of nature.

Furthermore, with the rise of commercial industries and the false notion that we need material goods in order to reach satiation, many woodlands, forests, and grasslands that are popular homes for hives, are in grave danger. Without carefully considering the impact humans have on nature, we directly harm the ecosystem responsible for providing us the resources that are essential to survival.

There are many steps we can take. For one, we can support local grown foods and farmers who grow certain crops according to the season and stray away from harsh chemicals and pesticides that commercial industries are known to use. Another way we can stop the endangering out these species is by supporting beekeepers, buying raw, organic honey, and spreading awareness. Now is not the time for stagnant advocation. In order to make a change, we must get up, go out, and be active in our pursuits for a healthier ecosystem and in turn, a better planet; an endeavor achievable through little tasks we can do daily. Recycle, pick up trash even though it may not be yours, cut down on fossil fuels, and most importantly, believe that we can overcome this. Do not be quiet and do not stay still. The key to changing this drastic situation is through passion and perseverance. The more people understand the effects that will occur with each dying bee, the more we can work together as a larger collective.

3 thoughts on “A World Without Bees”

Leave a Reply to That College Kid Cancel reply 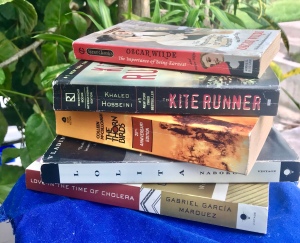